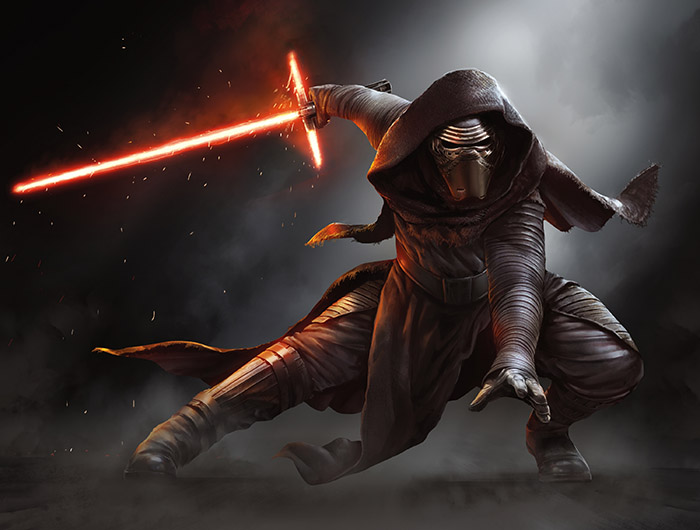 These days, it seems that every popular TV series or blockbuster cinematic release inevitably attracts fan theories, and Star Wars: The Force Awakens is no exception. These have ranged from the curious to the ridiculous, but one that has been gathering a lot of steam of late is worth a look.

SPOILER WARNING: We don’t yet know if there’s any credence to this rumor, but if there is, it could reveal a surprise, so read on at your own risk.

The theory in question has been fueled by the relative absence of Luke Skywalker from the trailers and official poster. As we know, Luke wrapped up Episode VI as one of the central heroes in the galaxy; set to herald in a new glory age for the Jedi movement and for all those who took part in the rebellion against the Empire. As such, one would expect him to feature prominently in Episode VII, unless something dramatic happened in the decades following Return of the Jedi.

Could his absence be related to the appearance of Kylo Ren? Could they be one and the same? Is Luke Skywalker Kylo Ren?

Now, we know that Mark Hamill isn’t the man in the suit, so to speak. Newcomer to the series, Adam Driver, is the actor playing the role of Kylo Ren, but we don’t yet know whether his role is similar to David Prowse’s Darth Vader, in that he’s the physical embodiment of a character that holds another face.

Evidence in favor of the notion are that Luke and Kylo do not seem to appear in the same scenes. Kylo also holds a fancy light saber, and though sabers of varying designs have appeared throughout the series, there were few Jedi warriors around by the time of Episode VI and we know that Luke loved to tinker with light sabers, so could he be the man to whip up Kylo’s impractical wonder? More tellingly, Kylo Ren is seen to be communicating with Vader’s helmet in some versions of the trailer. As far as we know, Luke is the only person to know the whereabouts of this little trinket, and is the figure with the greatest emotional connection to the reformed Sith Master.

What do you think? Could there be something to this, or are the trailers light on Luke because JJ doesn’t want to spoil another big reveal?