Star Wars crashes through the $1 billion mark in record time 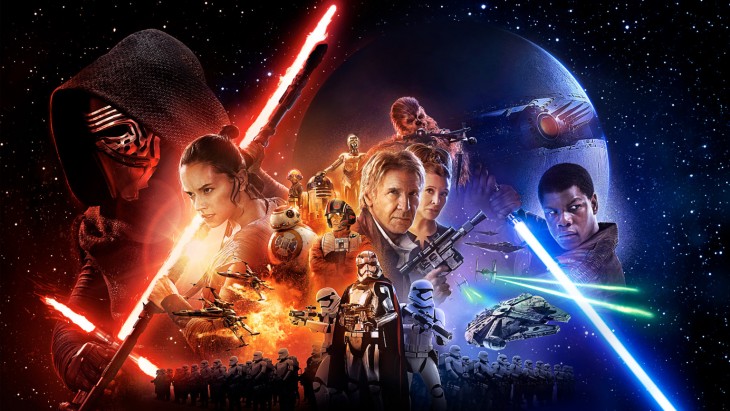 The latest installment of the Star Wars saga – The Force Awakens – has been well received by critics and fans alike. Achieving that balance could not have been as easy task for Lawrence Kasdan, JJ Abrams, the old and new performance crews and new owners of the franchise, Disney.

In reclaiming much of the magic of the original trilogy, The Force Awakens has managed to excite three generations of moviegoers. This multi-generational appeal and the huge word of mouth attraction generated by a series that has become a major pop cultural artifact has the movie on track to become perhaps the biggest box office success in cinema history.

While box office receipts still put classics such as Gone With the Wind on top when adjusted for population and changes in currency valuation, on a dollar-for-dollar basis, James Cameron’s Avatar and Titanic currently rule the roost in the first and second positions. There are still only 24 films that have ever exceeded $1 billion in worldwide box office receipts, with Star Wars Episode I – The Phantom Menace previously the best performer of the Star Wars franchise, in position #21. The Phantom Menace took in $1.027 billion in total.

Amazingly, The Force Awakens has already blitzed past all other Star Wars films and is close to cracking the top ten, with $1.086 billion racked up so far. What’s most impressive about this is that it accomplished this figure within just 12 days of debut, and without having launched in China (the world’s most populous nation) as yet. No other movie has ever exceeded $1 billion in 12 days – through Jurassic World made it there in just 13.

Given that Jurassic World nestled into position #3 on the all-time box office rankings after its strong run, there is a very good chance that school holidays, the China release, and continued positive press will propel The Force Awakens above that position. It would need to bring in $1.7 billion to do so, but an epic $2.8 billion would be required to topple Avatar from the top spot – which that film achieved largely because it was such a bold pioneer into the 3D cinema experience space.

No doubt Disney executives and investors are feeling a sense of deep relief that their $4 billion investment into acquiring Lucasfilm was money well spent. Fans are also no doubt feeling the love, given that this film has shaken off the shackles of the mixed reception that the prequel trilogy attracted.

We wish the film all the best in securing its position towards the top of the all-time box office list in the weeks to come.