Thanks to Mad Max and Star Wars, practical effects are back in vogue 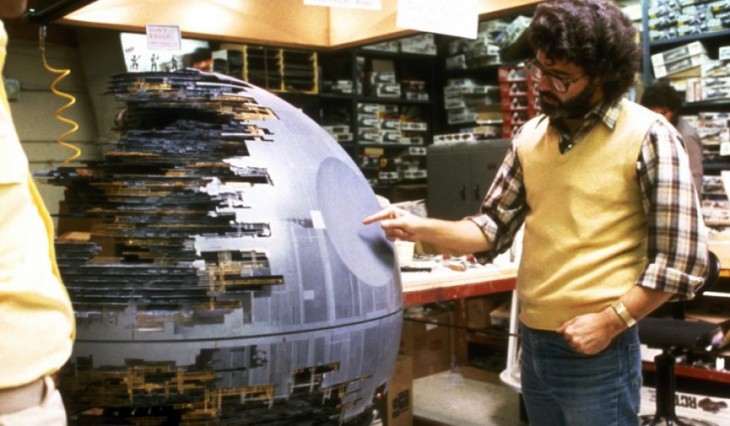 While the Star Wars prequels (Episodes I – III) have managed to attract a reasonable fan base, for those of us who grew up with the original trilogy, the later films never quite managed to match the magic of the first batch. Computer generated effects weren’t the sole reason for the lack of emotional connection made by the films, but they contributed. The amount of time, money and focus placed on creating ground-breaking digital effects and all-CG characters such as Jar-Jar Binks, seems to have distracted George Lucas from the task of extracting the best possible performance from his actors, fostering witty repartee and immersing the audience in a coherent, engaging story.

There are plenty of movies within which CGI plays an integral role, but doesn’t overbear the film’s emotional content. Jurassic Park, the Harry Potter films, the Lord of the Rings trilogy, The Life of Pi and many others have shown that CGI can breathe life into the mise-en-scene without distracting from powerful performances and strong screenplays. Having said that, when an over-abundance of CGI takes the audience or the actors out of the action, it tends to detract from a film’s impact.

The huge success of this year’s Mad Max: Fury Road, which features an abundance of practical effects not unlike those that cinema audiences were used to seeing in the 1980s, demonstrated the thirst that cinemagoers have for experiences that feel real and visceral. As good as CG effects can be, as soon as Neo soars above the clouds in The Matrix: Reloaded or a dwarf in a barrel destroys a squad or orcs while bouncing down a river in The Hobbit, the fourth wall is inadvertently broken and the audience suddenly becomes aware of the film’s construction, rather than being fully immersed.

By all accounts, JJ Abrams and the crew from Star Wars: The Force Awakens have taken particular care in maximizing the use of practical effects – both to return to the heartfelt and occasionally goofy feeling of the original trilogy, and to ensure that both performers and audiences are made to feel as though they’re involved in something real; something that can be touched, felt and lived. Let’s hope this is a sign of things to come.